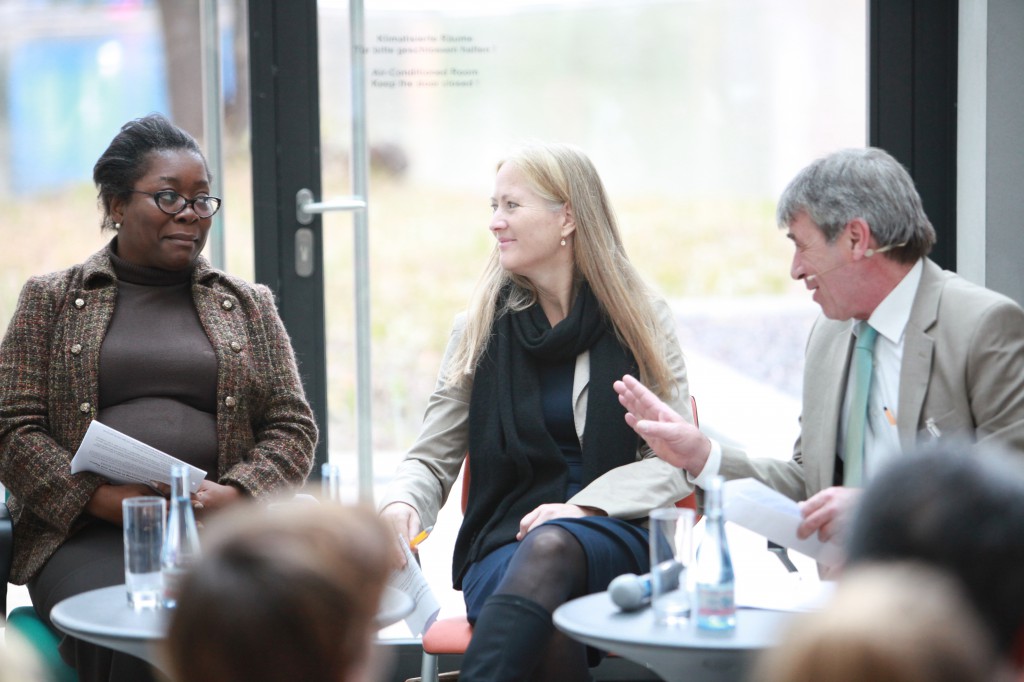 The second day of the conference turned delegates’ focus towards the future. The question of the day was how to ensure that SRHR, with particular emphasis on young people, is part of the emerging development framework. Oluwafunmilola Dare was part of this panel discussion. She is a member of the High Level Task Force for ICPD and is also the CEO of the Centre for Health Sciences Training, Research and Development (CHESTRAD). She was joined by Sascha Gabizon, the Executive Director of Women in Europe for a Common Future (WECF).

Renegotiate, or settle for the current goals?

Gabizon opened the discussion by responding to a question about the most important events coming up over the next few months. She explained that, like most people in the room, she would be following the intergovernmental negotiations for the post-2015 agenda, which will begin in January 2015. She told the audience it was possible that the entire set of targets and goals could be renegotiated.

At the same time, she said there were many countries which hoped to keep the 17 goals and 169 targets suggested by the open working group on sustainable development goals, preferring instead to focus on setting indicators. This could be quite nuanced work, she explained, as negotiators try to determine whether those indicators will be set at the national or global level and how to involve stakeholders, including civil society groups.

“The challenges are indeed big,” Gabizon told the delegates. “I’m here representing women’s groups and we’ve worked closely with youth. We are trying to make sure the goals include the strongest possible language on sexual and reproductive health and rights (SRHR). We didn’t get Comprehensive Sexuality Education. Still, even though we’re not happy, we believe if the negotiations are reopened, we risk losing what we’ve got at the moment.”

Gabizon encouraged delegates to be savvy and make use of the target under the health goal which talks about education. “That might be a place where we can develop indicators, which would be an opening to bring in comprehensive sexuality education,” she said. Gabizon then reminded the audience that the last round of talks on SRHR, during the negotiations in the open working group, were deeply emotional and the delegates almost came to blows. 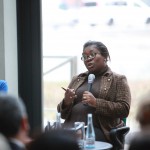 Oluwafunmilola Dare said her efforts would also be directed at protecting what she sees as powerful gains. “We have a stand-alone goal on gender,” she said. “We have universal access to sexual and reproductive health.” Dare said she remained unsatisfied, but optimistic that there would be opportunities to advance SRHR with these goals.

In the coming months, Dare intends to focus on supporting dialogue between African governments and the SRHR community. “We’re asking them to shed their boxing gloves and listen to each other,” she said, urging the delegates to consider the very real danger that SRHR could become a bargaining chip, against a backdrop of economic benefits and political power. “The cost of a woman’s life cannot just be more barrels of oil for 15 years,” she warned.

Building alliances and choosing your battles

Following a short discussion of the limited resources available for communication and outreach, Dare said those working to advance SRHR would have to be strategic and pursue sector level alliances. She pointed out opportunities to access education funding, health funding and to join with women advocates in these areas.

Gabizon echoed that thought, adding that civil society groups working on financing development were important allies. Women’s groups and youth initiatives simply can’t afford to work in isolation, she said, adding that standing together was the only way to prevent a renegotiation of the emerging development goals.

Dare cut in at this point and said she supported the same fight, but that it was “a red line to go to a negotiating table and not be willing to negotiate”.

“While we are protecting what we have now, we must also be very smart in identifying what we can shift. What else do we need to give to negotiate higher?” Dare asked.