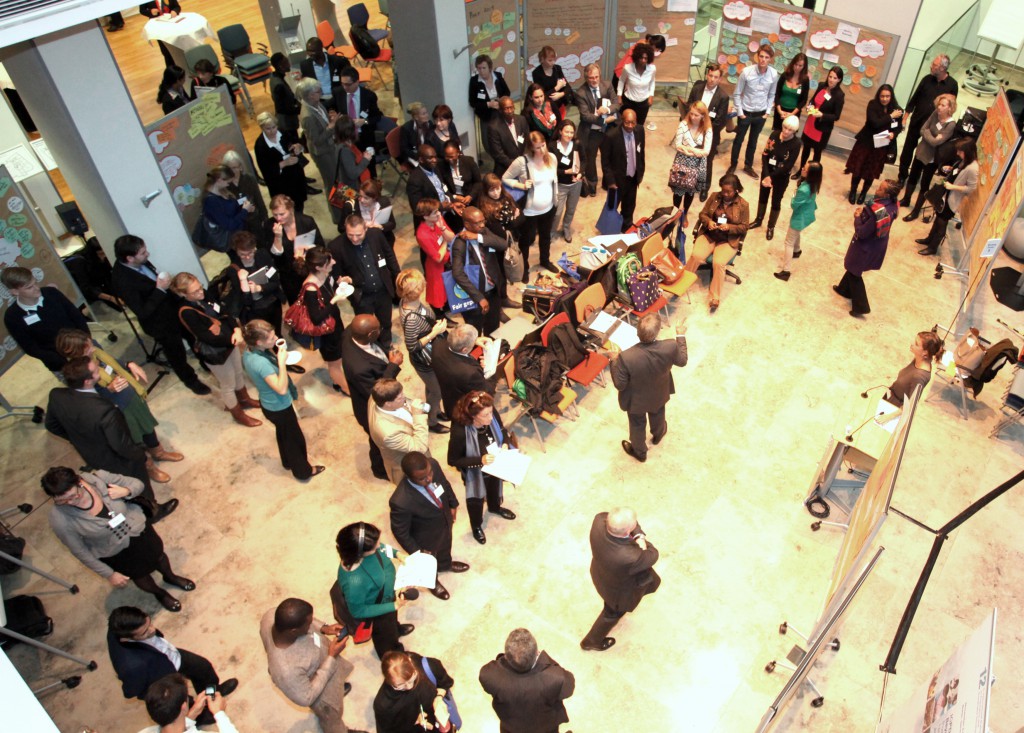 The 12th International Dialogue on Population and Sustainable Development closed in Berlin on November 6th, with delegates renewing their urgent call for the inclusion of Sexual and Reproductive Health and Rights (SRHR) in the emerging post-2015 development agenda.
The international event was jointly hosted by Stiftung Weltbevölkerung (DSW), Deutsche Gesellschaft für Internationale Zusammenarbeit (GIZ), International Planned Parenthood Federation (IPPF), KfW Development Bank in cooperation with the German Federal Ministry for Economic Cooperation and Development (BMZ) and Bayer HealthCare. This meeting brought together stakeholders from government, NGOs, multilateral organizations and the private sector under the banner ‘ICPD and Beyond: Investing in Health and Rights’. It was a unique opportunity to reinforce partnerships and strengthen collective strategies as processes shaping the future development framework accelerate.

The outcomes of this meeting are reflected in the

This summary of recommendations frames SRHR for all as an essential component which must not be neglected as the world negotiates its strategies and goals for generating sustainable development.

During the two-day meeting, delegates discussed divisive issues such as comprehensive sexual education, gender equality and the high rate of maternal mortality in areas where SRHR continues to be neglected. While debate continues on how to address these issues, delegates agreed that investing in the health and rights of young people – especially girls – would have a significant impact on the state of the world in the 21st century.

Addressing the needs of young people

According to Babatunde Osotimehin, Executive Director, United Nations Population Fund (UNFPA), the needs of young people still aren’t getting enough attention. In his keynote speech, he said investing in the health and rights of young people – especially girls – would have a significant impact on the state of the world in the 21st century.

He asked delegates to imagine the life of a ten year old girl.

At the center of this meeting was the plight of the 225 million women and girls who do not have access to modern family planning methods, in spite of their wish to use these. This results in 80 million unwanted pregnancies and 42 million abortions each year – 20 million of these taking place under unsafe conditions.

The first day of the conference was devoted to an examination of efforts to make SRHR a global priority during the International Conference on Population and Development (ICPD) Beyond 2014 Review, which recently came to end. Delegates agreed that most countries support improving access to sexual and reproductive health services, but that a small group of countries are blocking progress on the issue of rights. Some countries have interpreted the term ‘rights’ as solely related to  gender identity and sexual orientation, when in fact a broad spectrum of indivisible human rights are being addressed.

On the second day of the conference delegates discussed which strategies to employ to keep SRHR on the post-2015 development agenda. One issue that was seen as a challenge was the fact that during negotiations at the United Nations countries’ official representatives do not always adequately present their countries’ positions on SRHR-related issues. Possible reasons which delegates identified during the workshop included poor communication, coordination and lack of accountability within countries’ missions.

There was also broad discussion about how to define and protect rights. “We fight for the final R in SRHR because “rights” accrues services to people. It saves lives in the short term, our main priority should be to protect the 17 goals that have been identified,” explained one delegate.

In the following pages you will find reports on each event at the International Dialogue. We’ve also captured some of the lessons, ideas and strategies exchanged during this two-day event. There are also audio elements which you can click to hear excerpts of speeches and interviews with delegates.

Babatunde Osotimehin, Executive Director of the United Nations Population Fund (UNFPA), opened the conference with a keynote address. He asked delegates to imagine a girl married off at age ten and pregnant at 11. He then retold her tale in a world where she is provided with education, comprehensive health care and the right to make decisions about her own body.

Taking stock of the ICPD review process and the first phase of post-2015 negotiations:Working group session:

Comprehensive Sexuality Education (CSE): What is the problem? A public panel discussion

In a panel discussion, five speakers tackled issues surrounding contraception, age appropriate curriculum and the risks of failing to educate youth about their bodies.

Negotiating power in North-South alliances that promote SRHR: A talk with Oluwafunmilola Dare and Sascha Gabizon

How can nations work together across cultural and political boundaries in order to promote and protect SRHR?
African perspectives: Keeping Rights in SRHR. An interview with Zane Dangor and Samuel Kissi
A government official from South Africa and a youth advocate from Ghana discuss some of the major issues addressed at the International Dialogue. In this interview they talk about the communication breakdown between the capitals and New York, South Africa’s leadership on issues of SRHR and the importance of protecting rights.

A series of Open Space discussions were held to encourage a free exchange of ideas on how to promote SRHR in the upcoming negotiations. Delegates could propose any workshop they thought would address the question at hand: How can we ensure that SRHR, with particular emphasis on young people, is part of the emerging development framework?

Your vision for the future: Voices